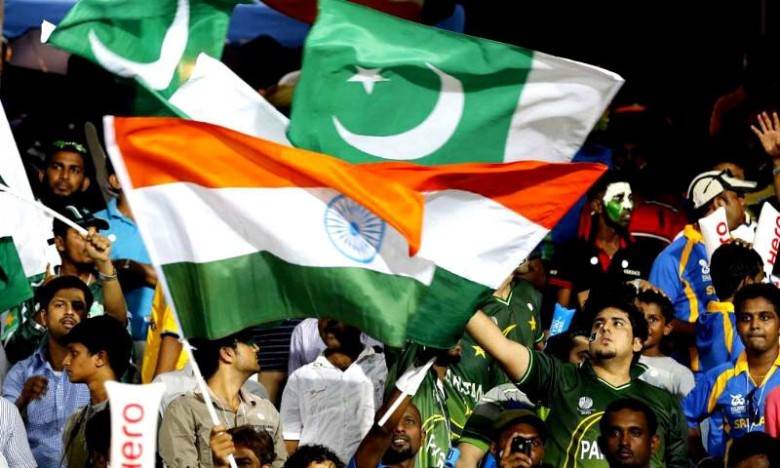 This file photo shows crowd cheering during a cricket match between India and Pakistan. — AFP/File

Police in Indian-occupied Kashmir have registered two separate cases against the staff and students of two medical colleges under a harsh anti-terror law for allegedly celebrating Pakistan's victory against the Indian side in the T20 World Cup match, it emerged on Tuesday.

According to a report by Kashmir Media Service, one of the first information reports (FIRs) — registered at Soura police station in occupied Kashmir — stated: “During [the] intervening night of October 24 and October 25, after Pakistan win T20 cricket match, students pursuing MBBS and other degrees residing in the unmarried hostel of SKIMS (Sher-i-Kashmir Institute of Medical Sciences), Soura raised slogans and burst firecrackers”.

The report said that another case was registered at a police station in Srinagar's Karan Nagar area, stating that students residing in Government Medical College "were crying and dancing [...] after Pakistan won the World Cup T20 match against India”.

The report added that both the cases were registered under Section 13 of the Unlawful Activities Prevention Act (UAPA) and Sections 105-A and 505 of the Indian Penal Code (IPC).

Vijay Kumar, the police chief in occupied Kashmir, confirmed the registration of the FIRs to Indian news agency ANI.

Meanwhile, Peoples Conference leader Sajad Lone said punitive actions should not be taken against the students, reported The Quint.

"I strongly disagree. If you think that they are not patriotic enough because they cheered for another team, you should have the courage and the belief to wean them back, if you think they have gone patriotically astray. Punitive actions won't help. Have not helped in the past either," he tweeted.

I strongly disagree. If you think that they r not patriotic enough because they cheered for another team- u should have the courage and the belief to wean them back if u think they have gone patriotically astray. Punitive actions won’t help. Have not helped in the past either. https://t.co/xtHnpViX1S

The matter surfaced after videos of students— believed to be residing in the occupied valley — celebrating Pakistan's win in the match against India were shared on social media.

Following India's defeat in the World Cup fixture against Pakistan, multiple similar incidents have been reported from across the border.

A torrent of social media abuse was aimed at the only Muslim player in the Indian team, bowler Mohammed Shami, after his side were thrashed by Pakistan, and violence against Muslims in India was also reported after the emphatic 10-wicket win on Sunday.

A female teacher, working at a private school in the Indian state of Rajasthan, was also shown the door after she celebrated Pakistan's victory.